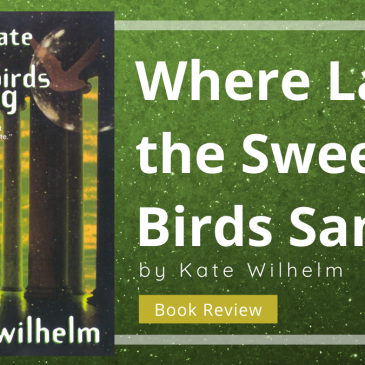 Where Late the Sweet Birds Sang by Kate Wilhelm is an odd mix of heartwarming and bittersweet themes that boasts having won the 1977 Hugo, Locus, and Jupiter awards. Her prose is lovely, evoking the deep connection between humanity and the natural world and subtly juxtaposing it with the destruction of civilization as we know it. Wilhelm crafts a narrative surrounding the end of the world which is timeless and alien, dealing with concepts such as personhood and individuality. While I felt that certain portions of the narrative missed an opportunity for additional nuance and exploration, Wilhelm nevertheless brings us a thoughtful novel that will retain relevance for years to come. … END_OF_DOCUMENT_TOKEN_TO_BE_REPLACED