Hello all! July was an interesting month. We had a few books that knocked it out of the park, and ended with two that really, really didn’t. Red, White, and Royal Blue by Casey McQuiston, the Cradle series by Will Wight, and Where Late the Sweet Birds Sang by Kate Wilhelm were the stand-outs this month, each of them a cut above when it came to being either interesting, fun, or just plain heartwarming.

On Such a Full Sea by Chang-Rae Lee and The Therapist by Nial Giacomelli thoroughly reminded me of the reasons why I tend to avoid anything that is “literary” science fiction or fantasy. In particular, the way that it tends to wrap up fairly generic ideas which have already been explored to death within the genre within a veneer of sexually traumatized women and toxic men. Fortunately, August is looking to be quite a bit better in this regard and has a few books I’m very much looking forward to reading.

On the personal side of things (and please feel free to skip below to the actual books if you’re not here to hear about me!), work has been an absolute rollercoaster. For those unaware, I work as a project manager in the audio visual industry. My company installs things like video walls, corporate conference rooms, museums, and theme parks. It’s some really cool stuff, and I love it. However, we get our share of challenging jobs; one job in particular has been a rough one ever since we kicked it off back in May. We finally started on the install this week, and I’m so pleased to say that the hard work up front is paying off – the install has been going like a dream! It’s a very nice change of pace, though I don’t quite trust it just yet.

We’ve settled in to our new apartment, at least, which has been wonderful. We’re over in a brand new high rise in Queens, and it’s gorgeous. Prior to July, I’d been living up in West Harlem in a room I was subletting – if you follow me on Twitter, you’ll have seen the many horrors I’ve endured where mice, roaches, “beds,” and 2AM music are concerned. It was definitely an experience… but one that I’m glad is over. You all have no idea how nice it was to do laundry without lugging a bag of clothes a block and a half down the street to the moderately sketchy local laundromat. From the new apartment, I can watch the planes flying in to both JFK and LaGuardia airports and can see the Amtrak train depot, plus the above-ground 7 subway line! I never expected to enjoy a view as much as I do.

Of course, no one really cares about how I’m doing when there are more important things to talk about: namely, our two cats, Evil and Ninja-Devil. Currently, we’re working on training Evil to meow more. We make her beg for her food every evening, giving out one kibble per meow. Ninja, of course, is too sweet and dignified for such a thing. Given that both of them know how to open the food cabinet anyway, I’m not really clear on why she’s still so willing to meow and beg and plead for the food she already has access to, but whatever. It’s cute. Follow me on Twitter for videos of Evil being obsessed with Q-Tips.

Set in the same world as Smith’s best known novels, the Inda Quartet, ASNT is set in the far future with new magical advances and a very different political landscape. The beginning is a bit rough, with a lot of information thrown at the reader, but follows up with the fantastic characters we all expect from the author of Inda.

This is the most genuine and adorable queer romance I’ve ever read. I cannot possibly gush enough about it. Do you know how many instances of the word “adorable” I had to edit out of my review? I stopped counting after ten. It’s so, so good! Whether or not you consider yourself a “romance” fan, I’d highly encourage you to read this funny and heartwarming story.

The Redemption of Time by Baoshu (3/5 stars)

This is a companion novel to Cixin Liu’ Three Body Problem trilogy. It’s interesting enough, but I’d only recommend it to hardcore fans of the original trilogy. This would not work well as a standalone.

Excellent beginning to Wight’s Cradle universe. You want a fun-filled progression fantasy romp? These are the books for you! I ran through these books at a sprint.

….Yeah, I absolutely devoured this series this month. I felt like my friend Keikii – “I don’t read books, I eat them.” I truly had a damn good time with this series and would highly recommend it to anyone looking for anime-esque fights and who likes the idea of giant flaming turtles fighting sea serpents. It’s good stuff.

This was a thought-provoking apocalyptic novel. Wilhelm has gorgeous prose with a deep love and respect for nature that comes through in every sentence. If you’re interested in what a clone society might look like after “normal” humans have died off, this is a fascinating take on it.

I wasn’t a huge fan of this book. It’s a little too “literary” for my tastes. It has a lot of ideas in it, but they’re all ones which have been explored before in much more interesting ways by other authors who aren’t afraid to be known as writers of science fiction. Lee wraps up generic science fiction within a cocoon of sexism and trauma in a way that’s wholly unnecessary.

The Therapist by Nial Giacomelli (2/5 stars)

Giacomelli falls into the same trap that Chang-Rae Lee does, but with even more bonus sexism. The more I think about this book, the less I like it – while I initially gave it two stars, in retrospect I’m more inclined to give it a 1.2 or 1.5.

August is looking absolutely fantastic. Some of the books you can expect to see on my blog this month include:

The Dragon Republic by R. F. Kuang (sequel to The Poppy War)

This is my current subway read, and wow, I’m absolutely loving it. This novel amps up from The Poppy War, expanding on Rin’s opium addiction and her lack of control over herself and her god. Expect all the grimdark-y goodness from the first book and then some.

In the aftermath of the Third Poppy War, shaman and warrior Rin is on the run: haunted by the atrocity she committed to end the war, addicted to opium, and hiding from the murderous commands of her vengeful god, the fiery Phoenix. Her only reason for living is to get revenge on the traitorous Empress who sold out Nikan to their enemies.

With no other options, Rin joins forces with the powerful Dragon Warlord, who has a plan to conquer Nikan, unseat the Empress, and create a new Republic. Rin throws herself into his war. After all, making war is all she knows how to do.

I’m reading this for one of my book clubs. It comes highly recommended, and sounds like it’ll be quite interesting from a psychological perspective!

The story of a man with a vision – immortality : for those who can afford it is found in cyberspace. Permutation city is the tale of a man with a vision – how to create immortality – and how that vision becomes something way beyond his control. Encompassing the lives and struggles of an artificial life junkie desperate to save her dying mother, a billionaire banker scarred by a terrible crime, the lovers for whom, in their timeless virtual world, love is not enough – and much more – Permutation city is filled with the sense of wonder. 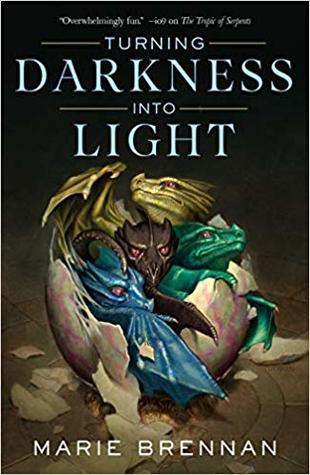 Oh my gosh, I’m thrilled to start this one up. I loved Brennan’s Lady Trent novels, so getting my hands on an ARC of this next novel, which follows her granddaughter, made me just about jump up and down with excitement!

As the renowned granddaughter of Isabella Camherst (Lady Trent, of the riveting and daring Draconic adventure memoirs) Audrey Camherst has always known she, too, would want to make her scholarly mark upon a chosen field of study.

When Lord Gleinheigh recruits Audrey to decipher a series of ancient tablets holding the secrets of the ancient Draconean civilization, she has no idea that her research will plunge her into an intricate conspiracy, one meant to incite rebellion and invoke war. Alongside dearest childhood friend and fellow archeologist Kudshayn, must find proof of the conspiracy before it’s too late.

Have you read any of these books? What did you think? Are you looking forward to any of the August line-up in particular?